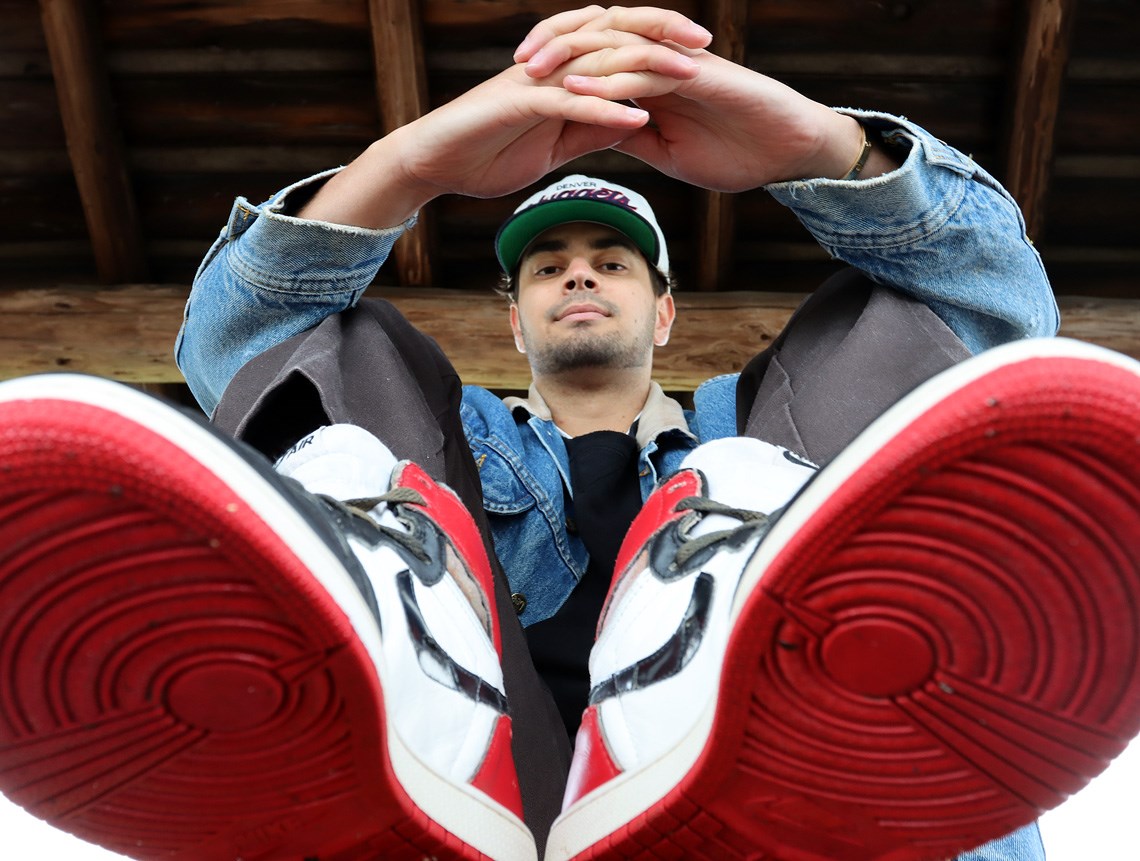 Tye Engmann has been buying and selling collectible kicks for five or six years. In fact, he got so good at it that he dropped out of his sophomore year at Simon Fraser University’s Beedie School of Business for the School of Tough Treads.

Engmann, 20, specializes in vintage Nike Air Jordans. The iconic basketball shoes were first produced for NBA superstar Michael Jordan in 1984 and then released to the public in April 1985. They immediately caused a stir.

Fans who wanted to feel a little of their hero’s magic wrapped around their toes lined up for hours to get the latest shipments. Muggings, muggings, and even a murder to get the shoes became fodder for media crime blotters.

Some schools have outright banned them to reduce the potential for violence.

New Air Jordans have been released every year since, along with several special editions commemorating milestones in Jordan’s career, historic occasions like the Running of the Bulls in Spain, the player’s relationship with filmmaker Spike Lee who was once a pitchman for the brand as well as collaborations with various designers.

But Engemann said it’s the original old-school Jordans that elevate his heart rate and boost his bank account.

He said they are the most collectible not only because so many have disappeared into trash cans over the years, but they were also of the best quality.

Engemann said a pair of 1985 Jordan 1 Chicago sneakers can be worth up to $25,000 if they’re in new condition. Other variations like a limited run of this shoe with a black sole when the manufacturer ran out of red rubber, or an iteration with a special strap that was added when Michael Jordan was recovering from an ankle injury are even more rare.

Engemann discovered his passion for sneakers when he was young. He said he coveted a pair of low-top white and black Adidas NMD shoes that featured Japanese writing on the sides.

“I just wore them because I liked them,” Engemann said of the shoes he eventually bought from a stockist because all the regular retailers were sold out. “They were really, really comfortable.”

The shoe’s unique look sparked his interest in sneaker design, the little touches like midsole color that set one model apart from another. He started playing with dyes to give his own style to the shoes, learning the materials to use and the techniques to follow by watching videos on YouTube.

Friends noticed him, asked him if he could dye their sneakers too.

Sensing a business opportunity that could earn him the cash to grow his own sneaker collection without always going to his parents for a handout, Engemann began charging for his dye jobs and browsing for unique finds online. He targeted Jordans because Michael Jordan is his favorite player. He scoured websites and blogs to learn all he could about shoes.

“You have to understand the history of the shoes to appreciate them,” he said.

When Engmann branded his first pair of vintage Jordans, he posted a photo to his Instagram account. His inbox filled with notifications, some with offers to buy them for far more than he paid.

Engmann said he kept these sneakers for two or three years. In the meantime, he has connected with other collectors to buy and sell other pairs. It was, he said, a nice “niche” market.

Then in 2020 Netflix debuted the last dance, his 10-part documentary series on the career of Michael Jordan.

The show introduced the superstar to a whole new generation who had never seen him play and reminded those who had made his impact on basketball. It has also revived interest in shoes that bear the Jordan name.

“There’s been a real uptick in people getting into vintage shoes,” said Engmann, who decided to dive into the growing market with both feet.

Most of Engmann’s days are spent on the computer, scouring blogs and various online marketplaces around the world, like Grailed, looking for shoe treasures that may have been hidden in closets or attics for years. Japan was a hotbed of sneaker culture for a while, but has since cooled off.

Engmann has a small studio at his house to take pictures of sneakers he puts up for sale on his website or post on his social media accounts and he started trying his hand at creating YouTube videos to expand his audience even further.

He’s also preparing to attend Sneaker Con events like the one slated to take place in Vancouver in March after several of those shows were canceled by COVID-19 public health restrictions.

But finding a pair of vintage Jordans that will fit the giant feet of a size 14 – or larger – professional basketball player can be especially difficult.

“The hunt is so much fun,” Engmann said.

Warren mom charged with kicking teens out of home during snowstorm