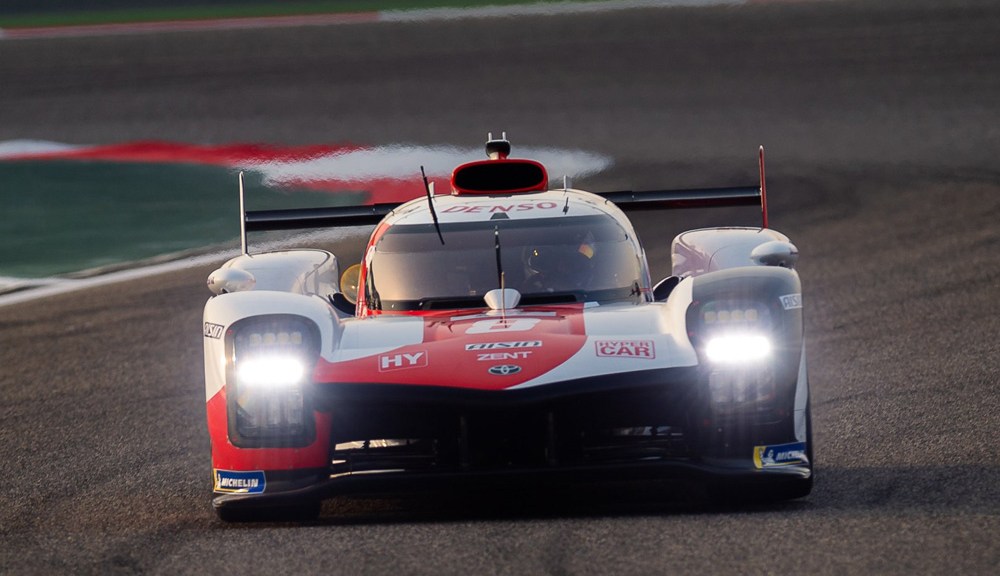 This Saturday will be the Bahrain 6 Hours, which will take place in broad daylight with temperatures approaching 80 degrees, while the following weekend, the season finale will take place over eight hours in the dark under the spotlight of the F1 circuit for a race worth 150%. of a total of 6 hour normal WEC race points.

Thursday’s free practice 1 was dominated by a one-two Toyota, Sébastien Buemi and Jose Maria Lopez on the n ° 8 and 7 GR010 hybrids respectively being the only drivers under the 1m51s mark on a scorching afternoon.

The second fastest in LMP2 was the fastest of the Pro-Am cars, albeit in the very Pro hands of Loïc Duval, 0.129 from da Costa and 0.1s from the Alpine.

GTE saw a GTE Am register the second fastest time in the combined GTE peloton, and a storyline unfold that looks set to unfold throughout the race meeting.

They were the first two in a Porsche 1,2,3,4,5 with the No.92 Pro car followed by the pair of Dempsey Proton GTE Am cars then the two Aston Martin Ams before the first Ferrari in order – eighth -the fastest.

This, however, was not a Pro car. Indeed, three Class Am 488 GTEs beat the faster of the two Pro cars – this after Ferrari made it clear that they were not happy with the BoP distributed to their cars here; a reduction in power and a minor weight adjustment drawing criticism from the Italian camp.

Ferrari said in a pre-race press release that it was forced “to adopt a defensive strategy following the announcement of new balance-of-performance parameters which override the automatic BoP”.

But it seems unlikely that the FP1 pace of the Pro cars in particular would be representative of their full potential, with several of the Ferrari Ams, which received a less favorable BoP than the Pro 488s, overtaking the Pro cars today.

This is unlikely to be the last time we hear about the case.

12 most coveted sneakers for Valentine’s Day